I never got to write this post when I should, so I decided to do it a bit later as if it had been written that same day. It is not that I’ve been thinking about it all this time: I thought I had done it and just realized I hadn’t. Why didn’t I write it? Keep reading and you will understand :) Posted on August 11, 2016

Today has been an amazing day. You could say that two of my babies have seen the light on this very day. Early this morning, my son Alex was born :) 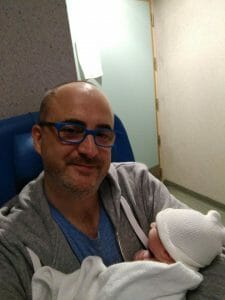 And just a few hours latter I had to run from the hospital to Betacowork for the presentation to the media of the first translation of my book The Coworking Handbook: Het Coworking Handboek. 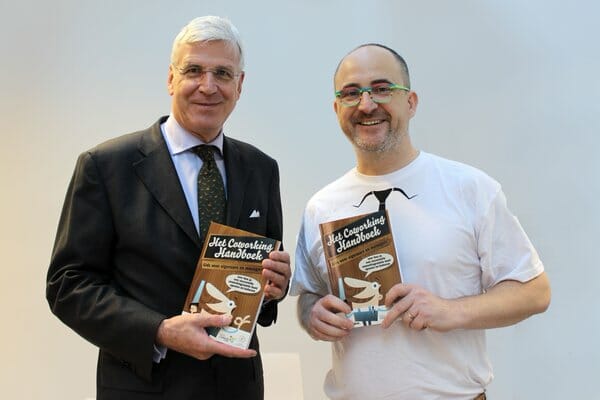 Thanks to Paul Bosmans and Pulse Foundation we have been able to finance the translation of the handbook to Dutch and will soon also launch the French translation (scheduled for September).

Thankfully I did not have to do most of the talking, after the little sleep and stress that I carry over from last night I am not in peak performance. Luckily Paul picked up and made an introduction explaining the project and why the Pulse Foundation supported it. The reason is simple: they want to promote coworking as a resource to leverage to promote entrepreneurship in Belgium. It is not just that they understand it from a theoretical point of view. Paul created the foundation and is running it as a coworker at Betacowork Coworking Brussels. He is an entrepreneur that helps entrepreneurs and promotes entrepreneurship.

Another person present that is very important for the book is Helena Vansynghel, the translator who also happens to be a betacoworker. She works for Betacowork doing the translations to Dutch of the site and a selection of posts. If you want to work with somebody that is good, that you can depend on and that can really manage a project, Helena is your woman.

At Betacowork, we try first to work with our coworkers for all the work that we can’t do ourselves. Pascal van Den Driessche is in charge of the cover design of the handbook, and he has also created the logo of Betacowork and done a lot more work for us. Katia Xenophontos and Pierre Leonard will take care of the translation to French.

It is not by chance that so many things happen among the betacoworkers, or among coworkers in any other coworking space: we talk a lot, we share a lot, we know a lot about each other and about our businesses. This translation came to life thanks to an invitation by Paul to attend the presentation of the annual report of Pulse Foundation. There he explained what were the main areas that the foundation wanted to work on to promote entrepreneurship in Belgium, and among them was coworking! This is one of those serendipity moments that happen so often at coworking spaces. I immediately thought of a few ideas that could help Pulse Foundation promote coworking in the country, and among them was to translate the handbook to the main languages of Belgium: Dutch and French.

If you want to get your copy of Het Coworking Handboek, just click on the cover :) 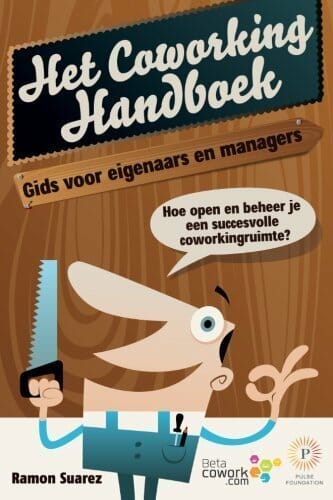 And if you want to translate the book or can get the money to pay for the translation, contact me!

That’s it, the final review of The Coworking Handbook is underway, with the one change that Amazon Create Space demanded (we had to change some fonts in the cover) and some layout changes that I’ve done in the meantime which have augmented the page number and forced Pascal to do some extra work for his fantastic cover. We should hear back from them in less than 24h, and hopefully with no more changes to do :)

If you want to support the book, you can download The Coworking Handbook cover by Pascal van den Driessche and put it up in the walls of your coworking space :)

Looking forward to seeing you at the premiere in NY